With the holiday season in full swing here in NZ and no materials or equipment available to speak of, I have not had a great deal of chance to start on new work. I am however taking hundreds of photos of bark, dead leaves, shells and beaches and I think my unconscious is working on something. Yesterday as I was sat in a traffic jam in the car, I began to wonder what it was about bark which was attracting my attention. 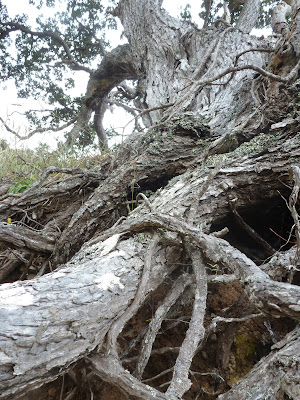 Not only is it very appealing. Thinking visually, bark has layers, crevices, peels and twists, each species having a unique bark pattern and style which seem to be crying out to be used. It is tactile and extremely stitchable without any further analysis.
However, bark is more than a tactile treat; it is a practical, functional organ of a plant. Bark is a part of the plant where many of the waste products are deposited to prevent damage to the plant inside, it stops many diseases, contaminants and pests from damaging the plant, it stretches and grows with the plant and aids in its support.


A quick Wikipedia definition is: Bark is the outermost layers of stems and roots of woody plants. Plants with bark include trees, woody vines, and shrubs. Bark refers to all the tissues outside of the vascular cambium. It overlays the wood and consists of the inner bark and the outer bark. The inner bark, which in older stems is living tissue, includes the innermost area of the periderm. The outer bark in older stems includes the dead tissue on the surface of the stems, along with parts of the innermost periderm and all the tissues on the outer side of the periderm.

Of course that is not news, but thinking in terms of barks function as a protective layer, separating the inner, living world of the plant from the outer environment -it divides and defends. Both of these words could easily have a relationship to our own inner and outer worlds. The defensive can become oppressive as well as protective. It can be an encumbrance and restrictive as much as helpful. Don’t our personal responses to the world get filtered through a bark-like structure in our minds which is composed of previous experiences? If these are helpful, then it is good, if these are harmful and distorted they become a problem for our communication and interaction with the world. We should all be very aware of what goes into our own protective shields, working to make them positive filters, rather than messy, unconscious thickened and unhelpful structures which contain us and prevent growth. 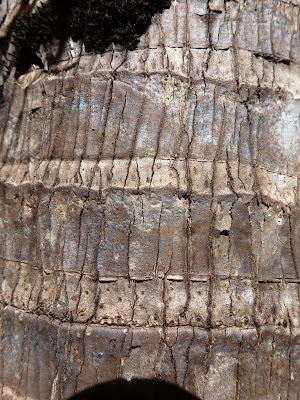 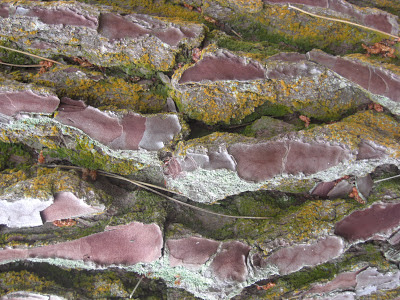 It has set me thinking about representing those ideas visually, words such as wrapping, protecting, containing and dividing will be helping me to explore new ideas both visually and metaphorically. The next stage is to start to play with the images and ideas, to ‘hush and hold’ the thoughts, then begin to see where they are leading. 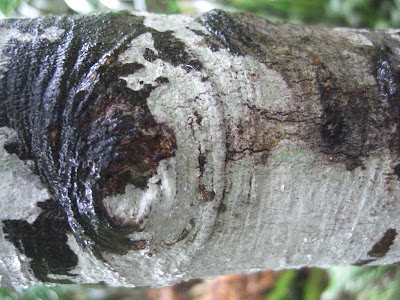 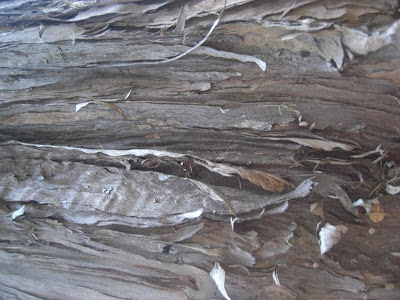